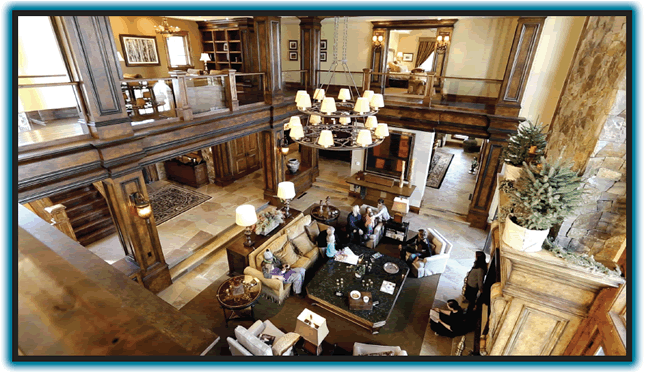 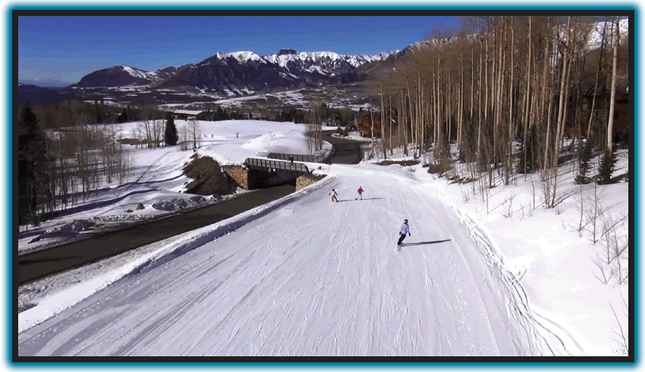 Here’s one of the first things to know about the luxury real estate market in Telluride, Colorado – 84% of the buyers come from out of state, many from other countries. For George Harvey that means two things: he needs a way to showcase both his listings and the Telluride lifestyle to potential buyers who have never visited the resort town, and he needs to be able to distribute those marketing materials worldwide.

For Benchmark Manor, that meant a Film House mini-movie.

“In the luxury market segment, it’s rare to find a truly new and unique marketing idea. I discovered one in Film House mini-movies,” says George. “These stories capture the essence of how buyers decide on purchasing a home or estate in a luxury setting.

“When I saw what Film House could do capturing that feeling in a buyer’s mind, I was hooked on wanting mini-movies for my high end listings.

“529 Benchmark Drive is a magnificent retreat that had been with another broker for years before I got the listing,” recounts George. “The storyline Film House created showed the Telluride lifestyle and the emotional aspect of bringing a family back together. I’m convinced the mini-movie was a key factor in bringing our buyer to the table. The sale for $6.4 million closed about 120 days from the time the mini-movie went online.

“The process of working with Film House could not have been better and the results were terrific.”

Download The 529 Benchmark Drive Case Study As A PDF 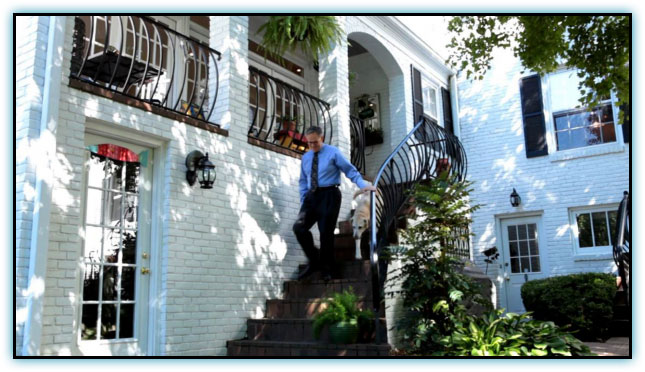 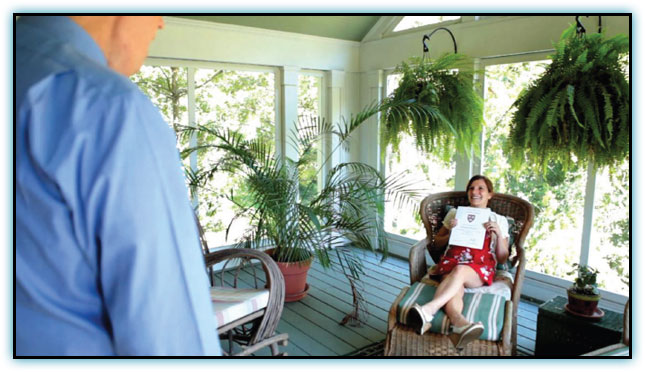 The first mini-movie we produced for Keith and Anne went online September 22, 2012, eleven days after the house went on the market. Almost immediately a potential buyer from England saw the movie and said they wanted to write an offer before even seeing the home in person. On October 10 a contract was agreed upon for 96% of the $1,495,000 listing price. The sale closed January 14, 2013.

“I wanted to see if we could make a movie to market one of our listings,” said Anne Nilsson. “Not a video tour, but a real movie that would allow a prospective buyer to really feel what it would feel like to live there. I knew Film House – they make feature films, and they’ve made over 20,000 TV commercials. They made the entire process incredibly fun and easy, turning the project around in record time. And the final product had the exact effect we all hoped and suspected it would.”

“The team at Film House really understands how to tell a compelling story,” said Keith Merrill. “They also understand marketing. That, combined with their understanding of real estate, is an unbeatable combination.” 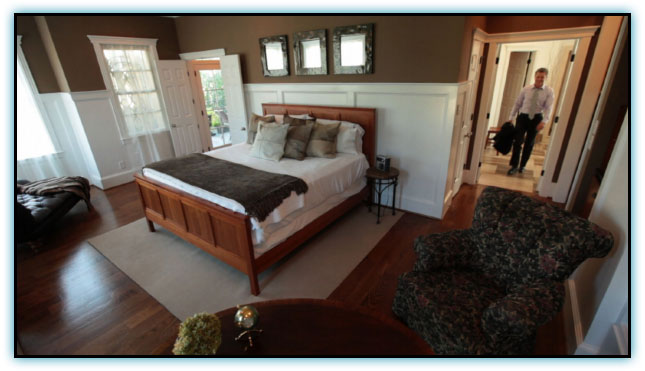 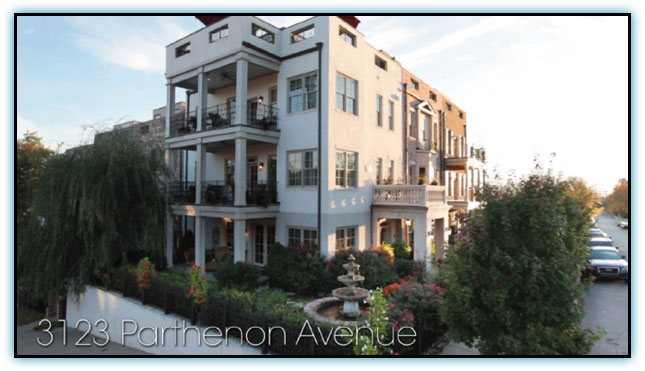 This is the second mini-movie we created for Keith and Anne, and the first one we produced for a home that had been on the market for some time. 3123 Parthenon was first listed on July 31, 2012. When few showings and no offers had materialized by October, they scheduled a meeting with the homeowner to discuss strategy.

“We were considering taking the home off the market and waiting until spring,” said owner Mike Martino, “But when Keith and Anne showed us the mini-movie they’d just made for 2205 Woodmont, it made an immediate impression. This was a way to literally allow a prospective buyer to experience living in the house.”

“We told Mike how the movie for Woodmont had attracted a buyer from London,” said Keith. “Rather than wait until spring or lower the price, which would have meant a $100,000 reduction to be meaningful, it made so much more sense to try something that cost a tiny fraction of that – a mini-movie from Film House.”

Within a month a buyer who had been shopping for homes in a much lower price range saw the mini-movie online and was captivated. The sale for $1,249,000 (90% of the listing price) closed February 21, 2013.

“Film House did an incredible job telling the story of this home,” said Mike. “It was absolutely the movie that drew untapped interest to the listing and sold the home.” 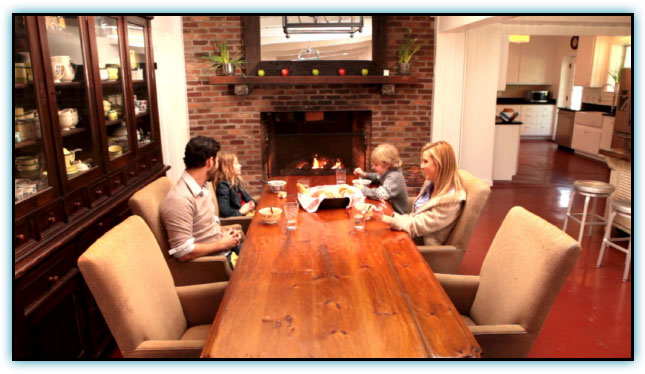 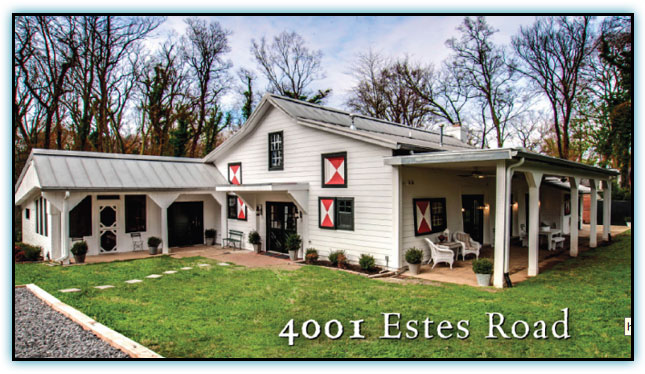 Keith and Anne were competing to win the listing for 4001 Estes. By the time they finished their presentation that concluded with the mini-movies we’d produced for 2205 Woodmont and 3123 Parthenon, owners Charlotte Vermeeren and Bill Gavigan were impressed. They were excited at the prospect of having real moviemakers produce a movie to market their home.

With the wealth of musical talent in Nashville, we decided to have a song written expressly for this home, which is a unique property that was originally a barn.

“I love the song that Film House commissioned to help sell our house,” said Charlotte. “It gets to me every time I hear it. The song and the movie explain our home on a visceral level. The light, the textures and the warmth all come though. This is a special home that makes people feel good, just the way the movie does.”

“We knew ours was a unique property,” said Bill. “Keith and Anne presented a superior marketing plan, and the movie certainly enhanced and increased the online presence of our home, generating maximum exposure. It was so innovative that The Nashville Business Journal did a cover story on Keith and Anne and their mini-movies and photographed them in our home. That led to a story on the Nashville CBS affiliate’s top-rated newscast. I don’t know how else our home could ever get that much exposure.”

“Each mini-movie Film House makes for us identifies the key selling proposition of the particular listing and perfectly targets the prospective buyer,” said Anne. “Film House knows as much about marketing as they do about filmmaking. The net result is a movie that sells the property so perfectly, it doesn’t even feel like a sales pitch.” 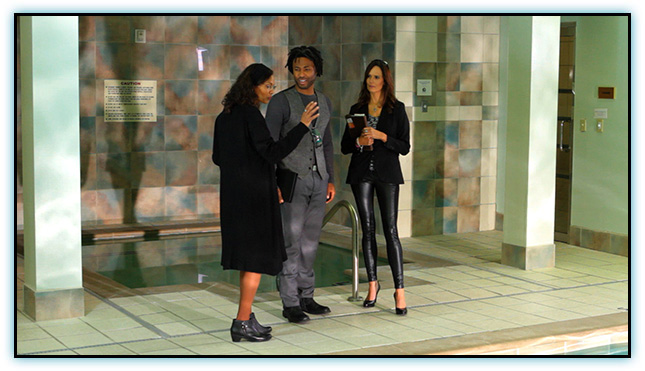 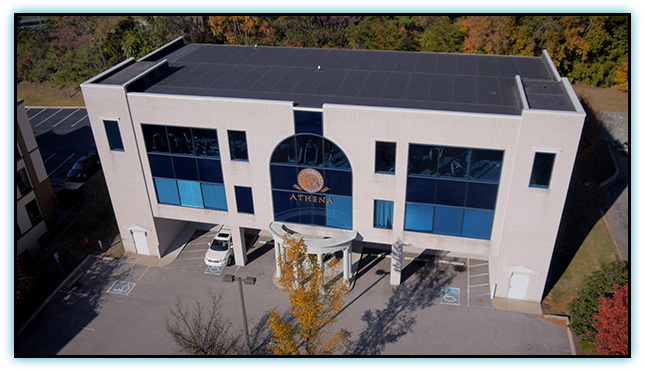 When the recession hit in 2008, it was a tough time to be in the luxury women’s day spa business. Michael Carter’s Athena went out of business and Michael was left owning a 15,000 square foot specialty building with an indoor pool, sauna, Jacuzzi, steam room and exercise rooms. He knew it would be difficult to sell or lease the building. He never expected it would take over five years.

“I had some lowball offers,” says Michael, “but I was determined to not just give the building away.” After working with the same commercial broker for years without success, Michael switched brokers. Despite everyone’s best efforts, the Athena building still failed to attract any reasonable offers.

“I felt like it was a matter of visibility,” says Michael. “We needed to get the building in front of the right prospects, not just locally, but globally. So when I discovered Film House’s mini-movies, I immediately thought, ‘Aha, this is it!’”

We created a storyline for the Athena building, cast actors and shot Michael’s mini-movie. What happened next was stunning.

“And here’s the most amazing part – all this happened within 40 days of the mini-movie going online. The Athena building went from being a 5 year old stale listing with zero activity to multiple offers and a signed lease in only 40 days, all because of the movie. I count my blessings and I am so grateful to Film House.”

Download The 620 Church Street East Case Study As A PDF

Founded in 1976, Film House is the largest film production company in Tennessee and the largest producer of films for the U. S. government. Headquartered in our 40,000 square foot studio and office facility in Nashville, the Film House team produces hundreds of movies and TV commercials for clients from around the world annually. The reason for our success is simple — Film House is a customer-focused company that delivers world class quality at a remarkably reasonable price.

Transcendent, a wholly–owned subsidiary, produces independent feature films and partners with The Panda Fund to release them theatrically. Our most recent movie is Deadline, starring Steve Talley and Academy Award nominee Eric Roberts as reporters investigating the murder of an African American youth that has gone uninvestigated, unsolved and unpunished for almost twenty years. Deadline was released in theaters nationwide and is already making waves overseas as well, with deals including Australia, South Africa, The Middle East, Holland, Brazil and even China, one of the few US movies to sell there. Transcendent’s first film, No Regrets starring Janine Turner and Kate Jackson, has been a worldwide success, with repeated airings on HBO in Europe, Lifetime Television domestically, Hallmark in the U.K. and in dozens of other countries around the world. Next Transcendent co-produced Two Weeks starring two time Academy Award winner Sally Field. Two Weeks was released theatrically and on DVD by MGM. Transcendent produces the kind of inspiring, uplifting movies that speak to the viewer’s heart.